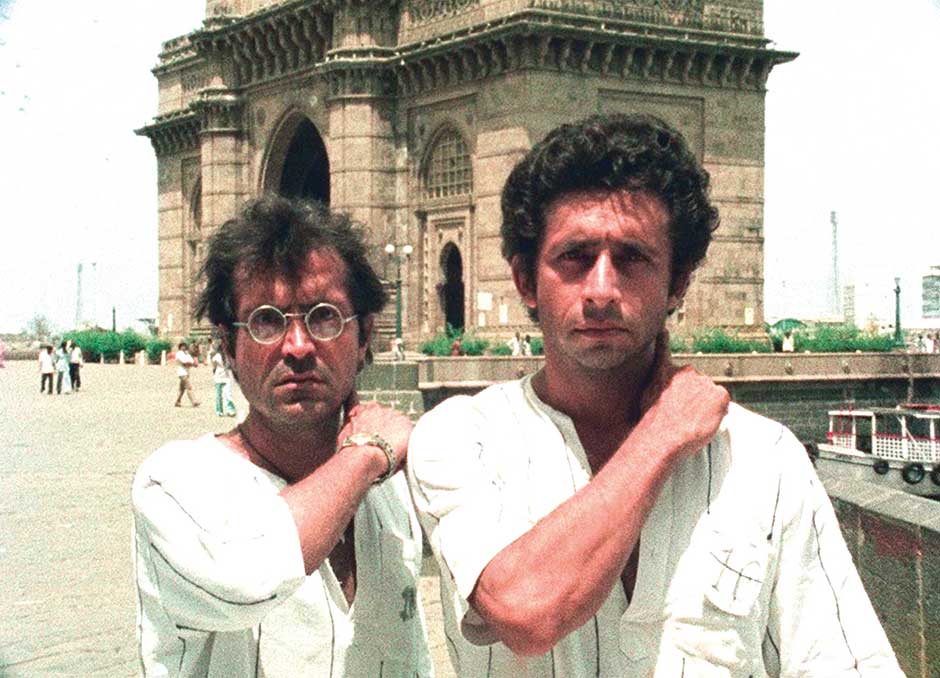 Over the years, Hindi cinema has churned out some quality stuff; never mind the crap-to-quality ratio still remains rather lopsided.

Through this article, we hope through some of the most memorable climax scenes Hindi cinema has witnessed.

(Some of these could have been ripped off from one or multiple sources, films or books or anything, but the evaluation credits rest solely on one factor – how well did they come off on screen for that particular movie, and how significant a difference did they make to the movie. As with sex, movies need a blockbuster and definite ending after all!)

here are the five best Hindi film climaxes you would appreciate…

Airport climaxes are almost a template. Anyone can fit their story in it, and will most certainly find a climax for their film unfolding automatically.

Mahesh Bhatt (Aashiqui) had the honor of having directed the finest airport climax until Abbas Tyrewala trumped him with JTYJN. Come to think of it, JTYJN’s airport climax has the regular protagonist chasing the other to stop the love of his life from going away package.

What sets JTYJN’s climax apart are 2 reasons: the writing, and the cameos.

Tyrewala gave an innovative twist to this done-to-death climax scene where the hero’s legacy pushes him to punch a guy, go to jail, and ride a horse. Sohail Khan-Arbaaz Khan is probably the best roles of their careers.

Paresh Rawal as the mean and squirming cop and Naseeruddin Shah as the dead father finally proud of his son dancing inside his portrait added unimaginable joy to the proceedings.

JTYJN’s climax was fun, playful, vibrant, yet mushy all at the same time.

For most first-time watchers, the final 30-odd minutes of A Wednesday were a shocker.

Director Neeraj Pandey’s writing deserved full marks for the whole film in general, but the twist at the end was absolutely applause-worthy.

Explosive dialogue, a reminiscent-of-the-80 Naseeruddin Shah mouthing those explosive dialogues, and a common-man’s diatribe we all could identify with were the hallmarks of A Wednesday’s climax.

From the moment the bombs under the militants’ benches go off to the point where Anupam Kher and Naseeruddin Shah run into each other near the under-construction building, A Wednesday keeps you hooked to the events.

“Aaj khush to bahut hoge tum” is almost a contemporary legend. Like Sholay, many of Deewar’s lines still haven’t died out of public memory … almost 4 decades after its release.

But Bachchan’s spiteful, vengeful, but pitiful rant against the deity he hated all those years while growing up was a stroke of genius.

Deewar remains writer duo Salim-Javed’s best work to date, and nowhere is it more evident than the film’s climax.

The scene where Bachchan and his mother Nirupa Roy are exchanging emotional one-to-ones while he is about to die in his mother’s lap and that loud shriek that Roy lets out when Bachchan’s character Vijay dies, is the kind of stuff classics are made of!

Andaz Apna Apna’s climax was an amalgamation of some hilarious situational comedy, well-developed pratfalls, brilliant writing, and superb performances on the part of its actors.

You just cannot get enough of Salman Khan and Shakti Kapoor pretentiously whacking each other with their bums.

The climax of Kundan Shah’s Jaane Bhi Do Yaaron remains the epitome of ‘bringing the house down’.

The writing is sheer brilliance, the performances, remarkable!

In fact, JBDY’s climax (Mahabharata stage play being interrupted and tweaked by greedy real-life characters) in itself was an extension of the film’s overall satirical theme.

To begin with, (almost all) characters from the film interrupt a Mahabharata stage play, only to puncture it further by stealing costumes, and characters, and improvising on the spot just to get hold of a dead body (played brilliantly by Satish Shah).

At one point Satish Shah is dressed as Draupadi and starts leaning gracelessly on random people on the stage.

At this point, you pause the film and breath, coz you know … you don’t want to die.

Then you go again, keep watching as random people and crackhead characters keep popping out of nowhere.

P.S. If you keep your eyes wide open, you will find Vidhu Vinod Chopra jumping across the screen in a smallish role!

Sadma: Watch how Kamal Hassan slowly tries to grab a recovered Sridevi’s attention with a water crock on his head.

Hera Pheri: All characters in one place – something that became a Priyadarshan trademark later on.

Madras Café: That spine-chilling buildup to the ex-PM’s assassination and the final blast – was highly impactful.

Tere Naam: Watch it for the man – Salman Khan. Watch him break down in front of his lover’s dead body. Watch him tranquility walk back inside the mental asylum’s van, even as his friends and family scream for him from behind. Watch him (with a deadpan face) convey through his eyes that he has finally given up on the world. Heart numbing!

Rang De Basanti: One of the most innovative, although slightly slugging but equally powerful climaxes seen in Hindi cinema – RDB’s climax also got a huge fillip from the effective background music. Not to forget, the performances, throughout the film were consistently superlative.

Vaastav: An exceptional Sanjay Dutt begging his mother to free him of the worldly atrocities he has created for himself. The scene was easily the most powerful in a film that was actually an assortment of many potent scenes put together. Brownie points to Reema Lagoo.

Yuva: An absurd fight between the three lead characters filmed in the middle of the rushing traffic could have turned into a caricature. But director Mani Ratnam and action director “Vikram” Dharma make sure that it leaves an impact, although they leave the absurdities right there! The cherry on top is a never-seen-before never-witnessed-again brooding and intense Abhishekh Bachchan.

Would love to do an audience-choice best Hindi film climaxes list soon too! I am sure everyone has their own favorites.

Write to us if your choices differ from mine. And they shall be considered fairly.

Editorial Team
Editorial Team at TerraTale is a group of individuals and experts, who write about their experiences and learnings on a variety of subjects that anyone can connect with and reflect upon.

13 Best Bollywood Dads Deserve A Special Mention: Learn What Makes Them Special? – 2nd Is My Favorite

10+ Best Female Performances of All Time in Bollywood [Hindi Cinema]

Some of the links on this blog are affiliate links. If you click through and purchase any product, we may earn a commission at no additional cost to you.